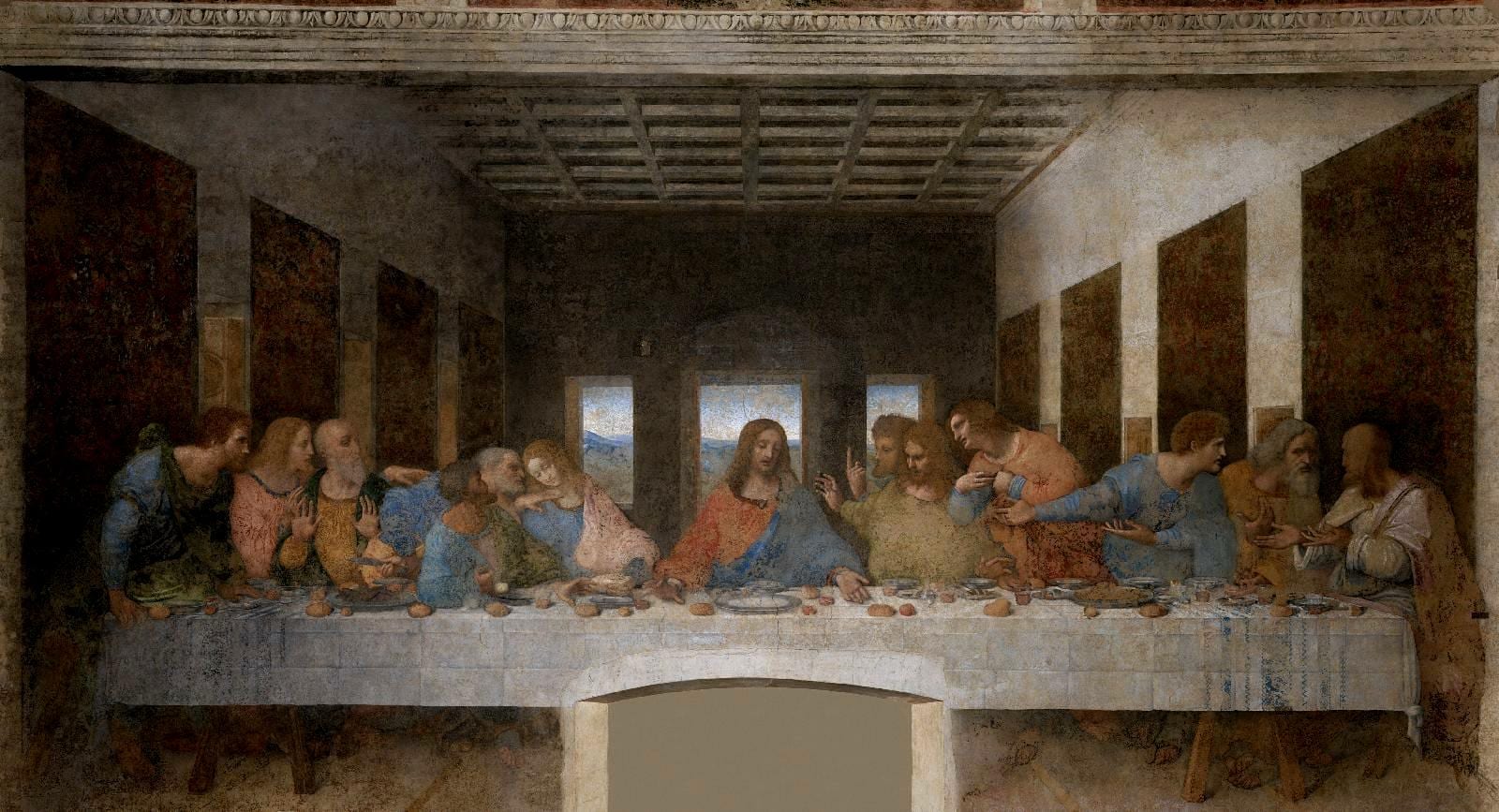 Welcome to the first blog in what will be a regular feature – current news about the art market.

As a leading supplier of hand painted oil on canvas paintings, and with our own studio of professional artists painting every order placed by hand, and using only accredited reference sources, I thought it would be interesting to start the first Art Market News blog with the story of the most expensive painting ever to be sold, Leonardo da Vinci’s “Salvator Mundi”.

Or is it? This is the question setting art experts against each other asking how much of the painting did Leonardo actually paint himself?

Everyone knows about Leonardo – incredible Renaissance artist, sculptor, inventor, engineer, astronomer, mathematician, architect – in essence one of the most brilliant men who has ever lived.

Da Vinci’s Mona Lisa, the most famous painting in the world.

The story so far.

Salvator Mundi is a painting of Jesus Christ depicted as the savior of the world, showing Jesus in a Renaissance dress, with his right hand raised and two fingers open, and holding a transparent crystal orb in his left hand, said to represent the heavens. About 20 versions of the painting are known, all painted by followers of Leonardo, and this painting had generally been considered as a copy of the lost original.

The painting was purchased at auction in New Orleans in 2005, for less than $10,000, by a group of art dealers who thought that although the painting at the time was described as a wreck, it might turn out to be the long lost original.

After extensive research by the world’s leading art experts, the painting was confirmed as the original and sold at auction by Christie’s in New York in 2017 to the Abu Dhabi Department of Culture and Tourism for their newly opened Louvre Abu Dhabi Museum, for $450 million, the most expensive painting ever sold, either at auction or privately.

Where are we now?

It has just been reported that the unveiling of the painting at the Louvre Abu Dhabi has been postponed indefinitely.

Tellingly, the announcement comes just a month after a well known Leonardo specialist, Matthew Landrus, the University of Oxford academic, set out his theory that in fact only about 20 – 30% of the painting had been painted by Leonardo himself and that a Leonardo pupil, Bernadino Luini, Leonardo’s assistant, had painted the rest. Detailed findings will be published soon in Landrus’s new book, “Leonardo da Vinci”

Top Leonardo scholar and expert Martin Kemp, from the National Gallery in London who had helped to authenticate the painting originally, was scathing in his defense and stated that no such comments would have been made about the authenticity of the painting had it not been for the amount of the sale price.

With so much money and prestige involved, there is no doubt that this is a controversy that will run and run, and this blog will keep you informed of all developments. Stay tuned!