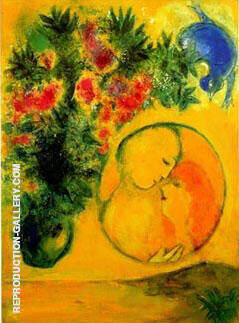 Sun and Mimosa 1949
By Marc Chagall