All Artists
R
REMINGTON, Frederic
A Dash For Timber 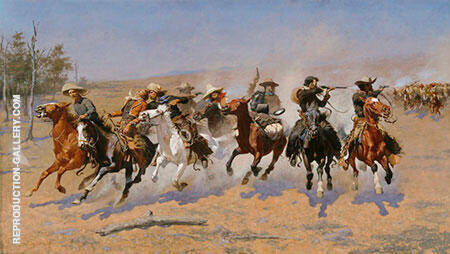 A Dash For Timber
By Frederic Remington