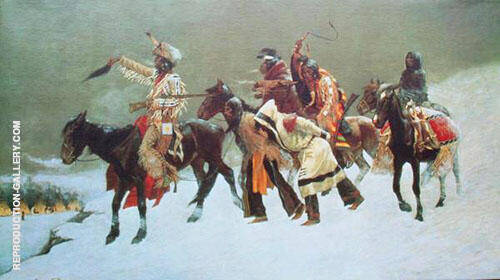 Return of the Blackfoot War Party
By Frederic Remington