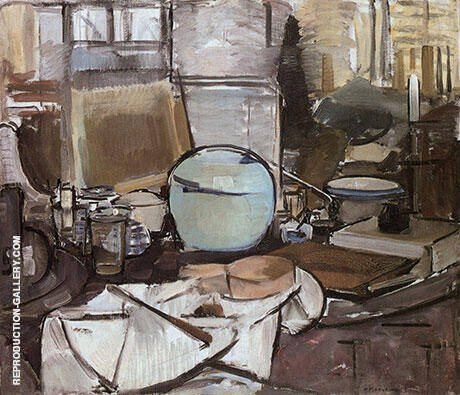 Dutch painter Pieter Cornelis Mondriaan, more familiarly known as Piet Mondrian,  is one of the most famous 20th century artists, known for his Abstract paintings.

Mondrian is known for his colorful geometric art compositions which encompass horizontal and certical lines and the use of primary colors red, blue and yellow, along with black, white and gray.

Piet Mondrian and Theo von Doesburg were the inspiration and founders of the Neo-Plasticism Abstract Art Movement.

His father was an amateur painter but he was taught by his uncle, Fritz Mondrian, who was a member of the Hague School of Landscape artists. He studied in Amsterdam and became a primary school teacher, but his intention was always to become an artist.  In 1892 he enrolled at the Academy for Fine Art and in 1893 his first paintings were exhibited.

Fellow Dutch artist, Jan Toorop encouraged Mondrian to discover the work of the French Post-Impressionist artists.  This proved to be a pivotal moment and his paintings changed from this point in time and they began encompassing bold brushwork and bright colors as evidenced in The Blue Tree c1908

In 1919 and at the end of WW1, Mondrian returned to Paris and it was here he started his grid-based paintings.

Just before the start of WW2 he moved to London, and then to New York in 1940 where he remained until his death in 1944 of pneumonia.

In 2015, Mondrian’s Composition III sold at Christie’s in New York for $50 million, setting a record figure for the artist.

Modern Art and Abstract Painting by Piet Mondrian art are available to buy online from our extensive selection of oil painting reproductions. 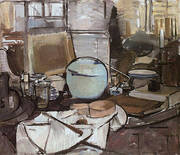 Still Life with Ginger Jar I
By Piet Mondrian