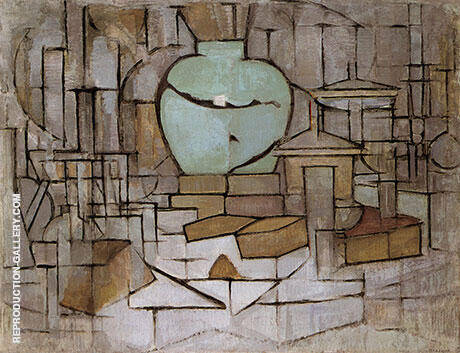 Dutch painter Pieter Cornelis Mondriaan is one of the most prominent 20th century artists famous for his abstract art, and in particular, his colorful geometric compositions. Mondrian influenced Abstract-Expressionism, Color Field painting, and Minimalism. He studied in Amsterdam and became a primary school teacher, but also painted mainly Impressionist style paintings. He moved to Paris and became involved with the Cubist movement started by Picasso and Braque, and returned in 1919 after the end of WW1 to begin his grid based works. Just before the start of WW2 he moved to London, and then to New York in 1940. Mondrian’s most famous painting is perhaps Broadway Boogie-Woogie, held by the Museum of Modern Art in Manhattan. In 2015, Mondrian’s Composition III sold at Christie’s in New York for $50 million, a record for the artist.

Take and look at our Mondrian paintings which make great wall art for any contemporary home.