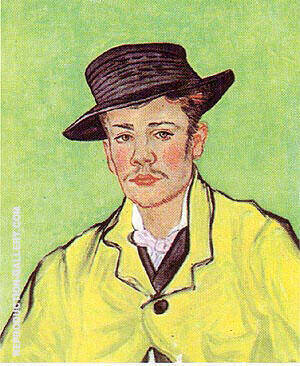 Vincent van Gogh was a Dutch post-impressionist painter recognized for his use of bold colors and dramatic expressive brushstrokes and impasto painting.