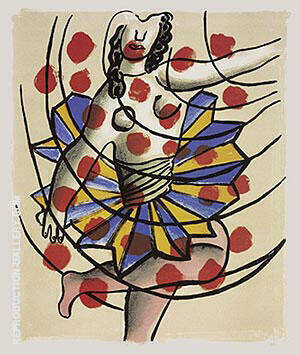 Fernand Leger. 20th century French painter, sculptor and film maker, who created his own very distinctive style of Cubism. He studied in Paris at the Academy Julian and began his career painting as an impressionist, but changed his style after seeing work by Cezanne. His style became known as Tubism because he used tubular shapes in his paintings as opposed to cubes. Over time paintings by Leger became much more abstract, but his work was interrupted by World War 1, when he fought for the French army. The 1920’s saw the start of Fernand Leger’s mechanical period. However, during the 1930’s his style changed again to more abstract forms. On a visit to New York he was commissioned to paint the apartment of Nelson Rockefeller, who much admired his work. Leger remained in the United States during World War 2 and taught at Yale University.

Mechanical Element by Fernand Leger was painted in 1924.

Reproductions of famous paintings by Fernand Leger are now available to buy online. 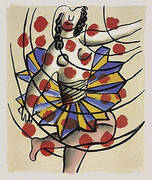