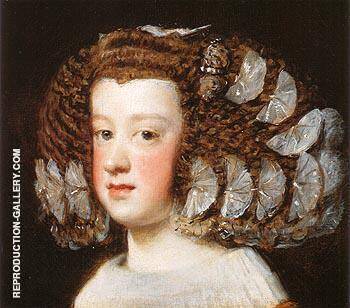 Diego Rodríguez de Silva y Velázquez was born in Seville in 1599 and died in Madrid in 1660.

He was a 17th century Spanish painter to the Court of King Philip IV. and is one of the most famous and respected artists of the Spanish Baroque art movement.

Valesquez is famous for his portraits of members of the Spanish Royal Court, as well as paintings of the most important figures in Europe of the time.

Velasquez’ paintings were largely unknown outside of Spain until the 19th century, but subsequent famous artists, particularly Picasso and Dali, have stated that his paintings influenced their own work.

Valesquez completed his famous religious painting of Pope Innocent X in 1650.  This portrait has been lauded by art critics as the finest portrait ever to be created.  It is housed at the Doria Pamphili Gallery in Rome.

Another of his paintings, the Coronation of the Virgin was completed in 1645 and this painting held by the Prado Museum in Madrid. Velazquez was commissioned to complete this painting for Queen Elizabeth of Bourbon's Prayer chapel at the Alcazar Palace.  This oil painting was the last his religious paintings.

Venus at Her Mirror, also known as the Rokeby Venus was painted in 1647.  It is one of the most beautiful famous nude paintings.  The painting was acquired in 1906 and now forms part of the permanent collection at the National Gallery in London.   However, in 1914 it was the target of vandalism, when a British suffragette, who was protesting at the arrest of Emily Pankhurst, slashed the painting in several places. The painting was badly damaged but it was subsequently repaired and restored.

Velasquez Spanish Golden Age paintings include The Feast of Bacchus which is said to have inspired both the artists Peter Paul Rubens and Tiziano VecellioTitian.

Are you looking for Spanish Baroque oil paintings?  Take a look at our catalogue of reproduction canvas paintings by the famous artist Velasquez.