All Artists
C
CAILLEBOTTE, Gustave
The Man on the Balcony c1880 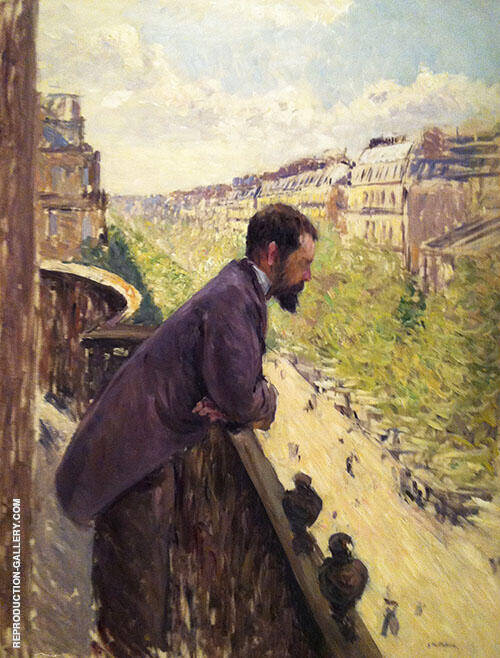 Impressionism Art Movement artist Gustave Caillebotte was born in Paris in 1848 to wealthy parents. He was a qualified lawyer and an engineer who served in the Franco Prussian War. It was only when the war ended that Caillebotte began his artistic career.

Upon his premature death from a stroke at the age of 45 Caillebotte bequeathed an extraordinary volume of paintings to the French Government, including a total of 68 paintings by Monet, Renoir, Sisley, Pissarro, Degas, Manet and Cezanne. Impressionist paintings were not fashionable at that time and the French government only accepted just 38 of them. The rest of the paintings were bought by Albert C. Barnes and these now form the basis of the Barnes Foundation. Some 40 of Caillebotte's paintings are held by the Musee d'Orsay in Paris.

Paris Street, Rainy Day 1877 is perhaps the most famous of Caillebotte's paintings and is held by the Art Institute of Chicago. We specialize in oversized paintings on canvas. Art reproductions on canvas of this painting are available in many size options, including the original size of 239 x 185cm.

Another well-known Caillebotte painting is The Floor Scrapers, 1875 is held by the Musee d'Orsay. This painting was rejected by The Salon as being vulgar as it portrayed the working class plying their trade.

Please enjoy discovering Gustave Caillebotte paintings in our online catalog. Replica paintings are created entirely by hand by one of our resident professional artists.

Fine art reproduction oil paintings will make a great addition to your home or office.

The Man on the Balcony c1880
By Gustave Caillebotte