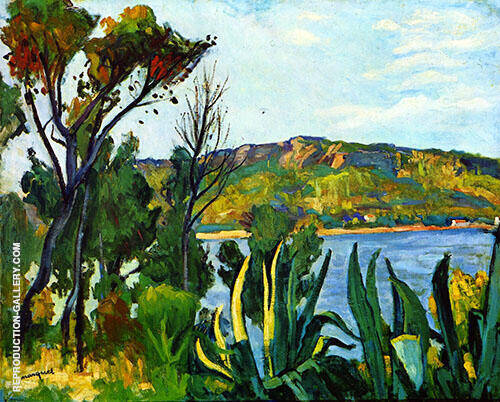 Albert Marquet. 19th century French artist and member of the Fauve Movement, and lifelong friend of fellow Fauvist Henri Matisse. Marquet and Matisse met in Paris where they were both studying. Although he painted for many years with the other Fauvist painters, Marquet used less intense colors than the others and so his paintings, mainly landscapes, were more naturalist and softer in tone and style. After 1907, Marquet divided his time between Paris and north Africa, painting ships as well as views of Algiers and Tunis. He also painted in Venice and Naples, mainly seascape paintings, and used a style much more reminiscent of the Impressionists painters. Marquet traveled to Germany and Sweden where he painted seascapes. Generally regarded as a minor artist, Marquet, was much admired by later American painters and influenced the American figurative artists.