All Artists
B
BISCHOFF, Elmer
Girl in Mirror 1960 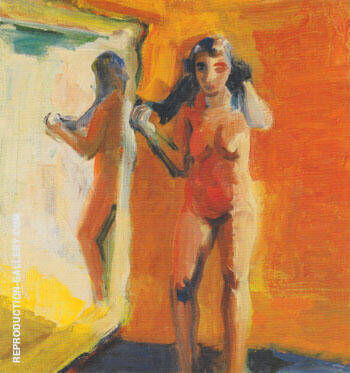 Elmer Bischoff was an American figurative painter of the 20th century. Bischoff was born in 1916 in Berkley, California, and was educated at The University of California. Elmer Bischoff was an intelligence officer in WW2 who was stationed in Oxfordshire, England. Upon his return to the U.S. he met contemporary artists Mark Rothko and Clyfford Still, and became an art teacher at the California School of Art in San Francisco. He painted with Richard Diebenkorn and David Park, in what became known as the San Francisco Bay Area artists.

Elmer Bischoff’s paintings can now be purchased as hand painted oil on canvas reproductions in many size options.

Girl in Mirror 1960
By Elmer Bischoff