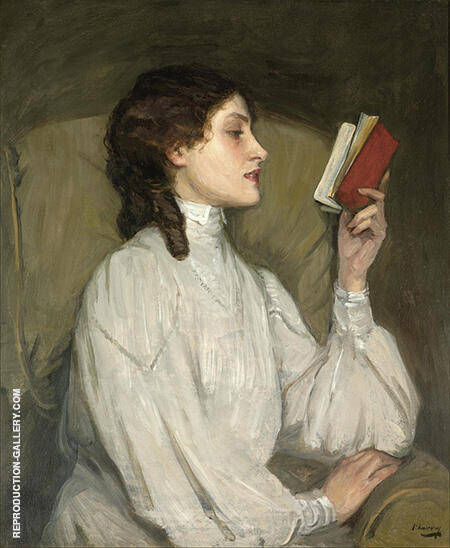 Sir John Lavery was a mid- 19th and early 20th century Irish painter known in particular for his portraits. Born in Glasgow, Scotland, Lavery attended the Academy Julian in Paris and then returned to his native Glasgow to paint. He was commissioned to paint a state visit of Queen Victoria and this launched his career as a High Society painter. He moved to London where he had more of a following than in Scotland. He was friends with the artist James McNeill Whistler. Lavery was appointed a war artist during World War 1 and was knighted in 1921 and elected to the Royal Academy. His first wife died and he remarried Hazel Martyn, an Anglo-American who modeled for Lavery in over 400 paintings. His works are widely held in all the major art galleries in both England and Ireland.

Girl in a Red Dress Reading by a Swimming Pool is a favorite John Lavery oil painting as his painting “A Windy Day” which was sold by Auction House Christie’s in 2016 for GBP 941,000.

Would you like to buy a canvas replica of oil paintings by Sir John Lavery? Then take a look at our extensive catalogue online.