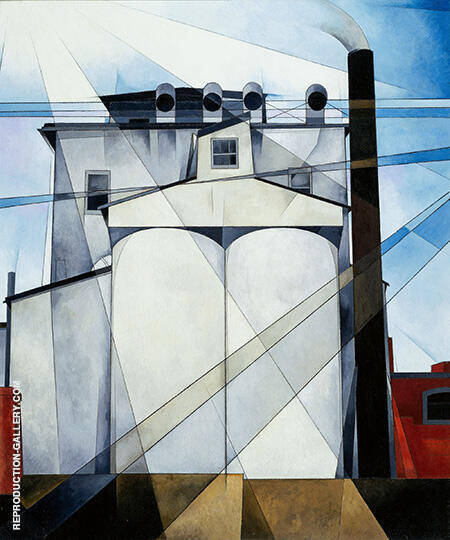 Charles Demuth was an American watercolorist and oil painter who developed a style known as Precisionism. Demuth shared a home for most of his life with his mother in Pennsylvania, studying at the Pennsylvania Academy of Fine Art, and then in Paris. He met Alfred Stieglitz who exhibited much of his work. Whilst in New York he discovered Cubism and the cubist style can been seen in many of his paintings. Demuth created a series of what became known as the poster portraits, in honor of his artist friends, Georgia O’Keeffe, Gertrude Stein, Arthur Dove and Charles Duncan, amongst others, in a series of nine works. The Amon Carter Museum and the Whitney Museum hold his most famous paintings. 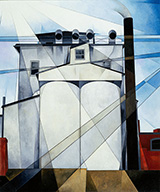 My Egypt 1927
By Charles Demuth