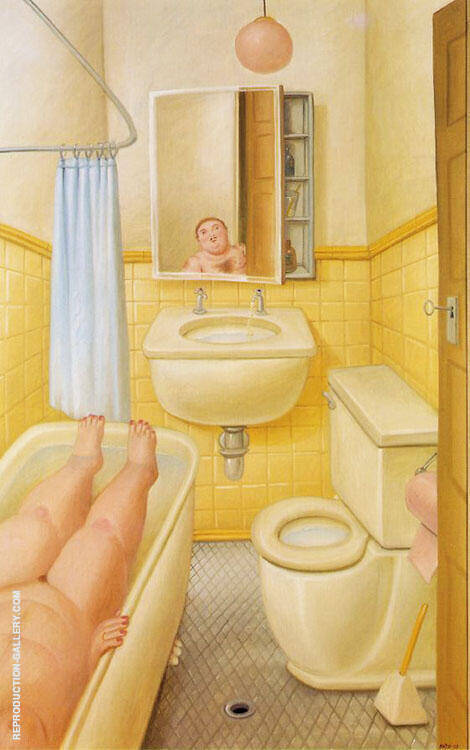 Fernando Botero. 20th century Colombian artist and sculptor most well known for his exaggerated and inflated figures. Botero was born in Medellin in 1932 and his father died when he was only 2 years old. Botero started painting at the age of just 13 and in 1951 he moved to Bogota and held his first solo exhibition, aged 19. It was hugely popular. Botero studied in Madrid and Florence, and later in Mexico City. Whilst in Mexico he was influenced by Muralism. His portraits are instantly recognizable and widely popular.

Now you have found out some interesting information about this artist, perhaps it will tempt you to view our range of oil paintings and reproductions by Fernando Botero?