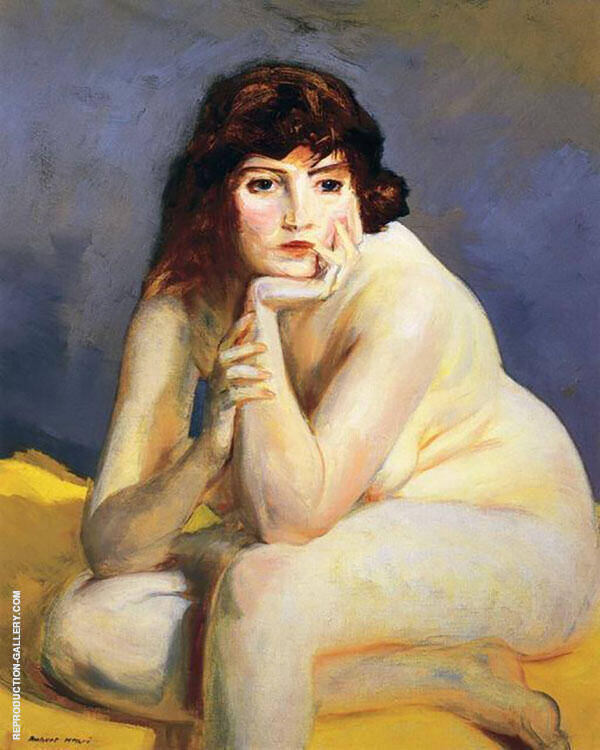 Robert Henri was an American painter and leading member of the Ashcan School. Henri was distantly related to American Impressionist Mary Cassatt. He studied first at the Pennsylvania Academy of the Fine Arts and then in Paris under the landscape painter William-Adolphe Bouguereau. Although Robert Henri embraced Impressionism, upon his return to America he moved away from this style and took on a style of new realism, painting scenes of life in the poorer parts of the community in American Cities, which became known as the Ashcan School.

Robert Henri traveled extensively between the United States and Paris and participated in the first Armory show in New York. Later in life he divided his time between Santa Fe, New Mexico, and a small village on the west coast of Ireland. In his time as a teacher at the Art Students League in New York, Henri taught some of the most famous American artists of later years including Edward Hopper and Rockwell Kent.

The Model Nude 1915
By Robert Henri