All Artists
L
LAUTREC, Henri De Toulouse
At the Moulin Rouge The Dance 1890 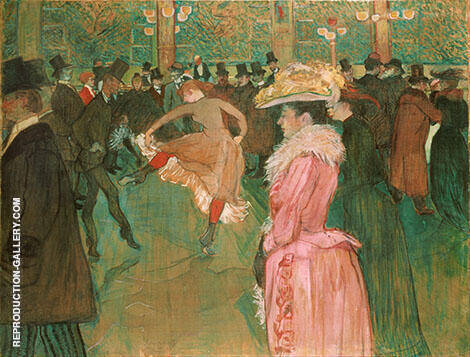 19th century French painter Toulouse-Lautrec whose work is associated with Paris nightlife of the late 1800’s. His father was a Count and so he enjoyed a very privileged childhood. When it was noticed that he was a talented artist he was given encouragement and every opportunity to study. Lautrec was in poor health all his life due his parents being first cousins and having genetic issues. He entered Pierre Bonnard’s studio in Montmartre where he lived for the rest of his life. He became friends with Vincent van Gogh and was commissioned by the Moulin Rouge for a series of posters, which are considered the height of his work. He was a prolific artist in just a 20 year career, and is known to have painted over 700 canvasses. He died of alcoholism and related complications in 1901 at his mother’s country estate.