Female artists have fought a long battle throughout the history of art. They often had to fight for artistic education and work hard for critical recognition. Even so, women artists have created many of the most iconic and innovative paintings of all time.

Today, we take a look at the most exciting and famous women artists in history. From Australian oil painters to the Newlyn School of Art and the French impressionists – these are all women and paintings that changed the art world. 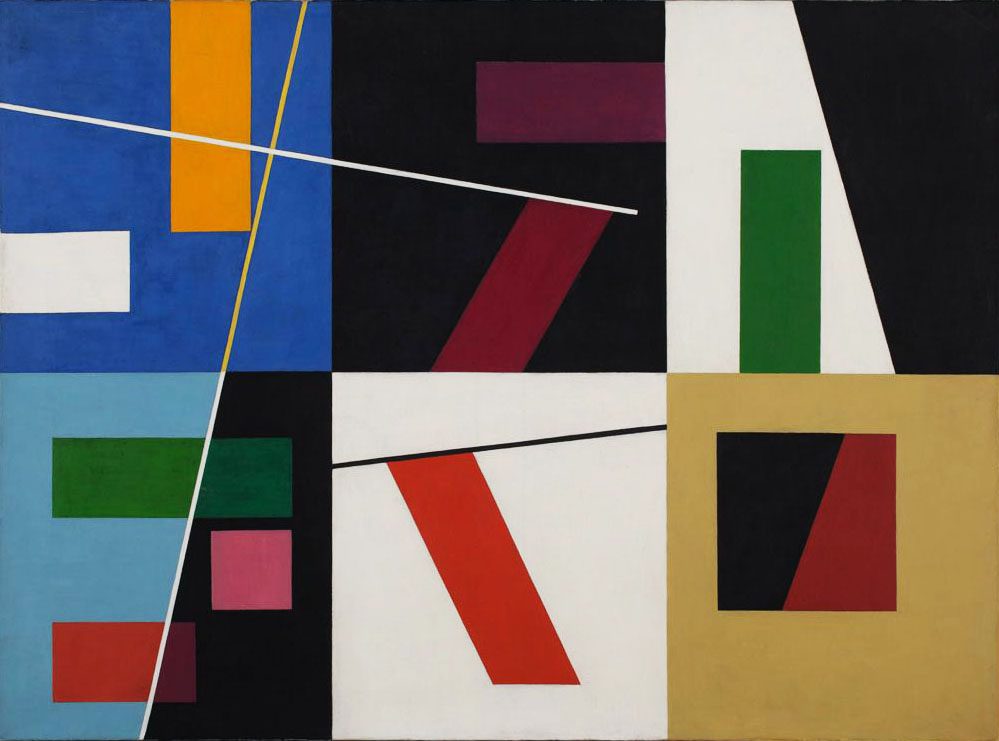 Sophie Tauber Arp was a Swiss artist. She was one of the foremost abstract painters and designers of the 1920s and 1930s.

Sophie Tauber Arp lived in Germany, Switzerland and France. She married the Dada pioneer Jean Arp in 1922. Together, they created some of the Dada movement’s most experimental and surreal artworks.

Above all, Sophie Tauber Arp created some of the most famous paintings by women artists. She explored concrete art; a movement formulated by Theo van Doesburg. For example, take Six Spaces (1932) – a work reflecting her exciting experiments with geometric abstraction.

Cecilia Beaux was a portraitist who painted America’s high society. Subjects included the French leader Georges Clemenceau, the US First Lady Edith Roosevelt and the British Admiral of the Fleet Sir David Beatty.

One of her most famous paintings is the Portrait of Mrs. Theodore Roosevelt and her Daughter Ethel. Subsequently, Eleanor Roosevelt described Cecilia Beaux as a female artist that made the “greatest contribution to the culture of the world”.

Cecilia Beaux studied in Paris. Despite this, she shunned new avant-garde movements such as impressionism and cubism for the entirety of her career. Instead, Cecilia Beaux remained true to her beloved style of classical figurative art and portraiture. As a result, she firmly earned her place amongst famous women artists in history. 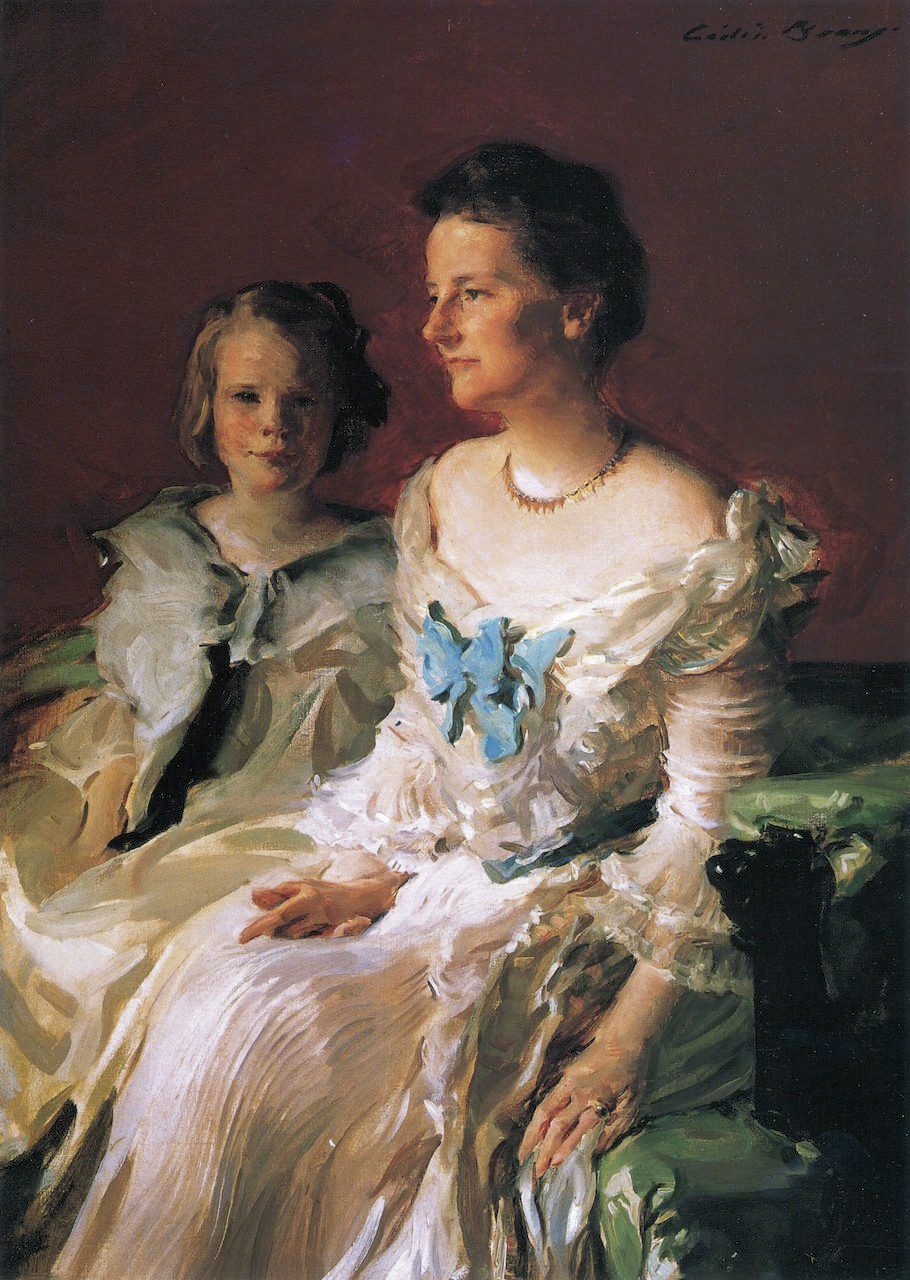 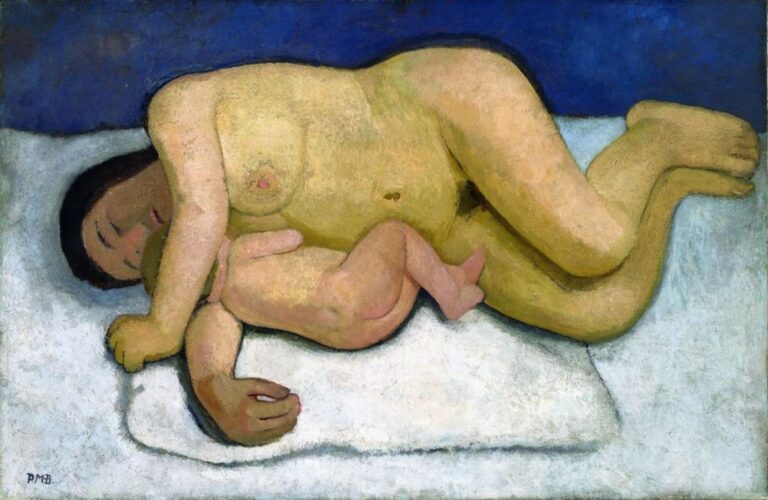 Paula Modersohn Becker was a German painter. A leading member of the expressionist movement, she had a tragically short career. This pioneering artist died at the age of 31 because of an embolism after childbirth. During this time however, Paula Modersohn Becker created some of the most famous paintings by women artists of all time.

She is well-known for her nude self-portraits and mother and baby depictions. Paula Modersohn Becker’s work used bold colors, forms and uncompromising emotions. This is particularly evident in the serenity and intimacy of Reclining Mother and Child (1906).

As well as joining this list of famous women artists in history, Clarice Beckett is also one of the greatest Australian painters of all time. Her work has recently been displayed at the Art Gallery of South Australia.

She was an important member of the Australian tonalist style, an art movement that appeared in the 1910s. Founded by Max Meldrum, it argued that painters should create realistic depth by carefully depicting shades of light and dark.

Clarice Beckett used this technique to great effect, most notably in her Beaumaris paintings. Moonrise, Beaumaris is one especially atmospheric example. 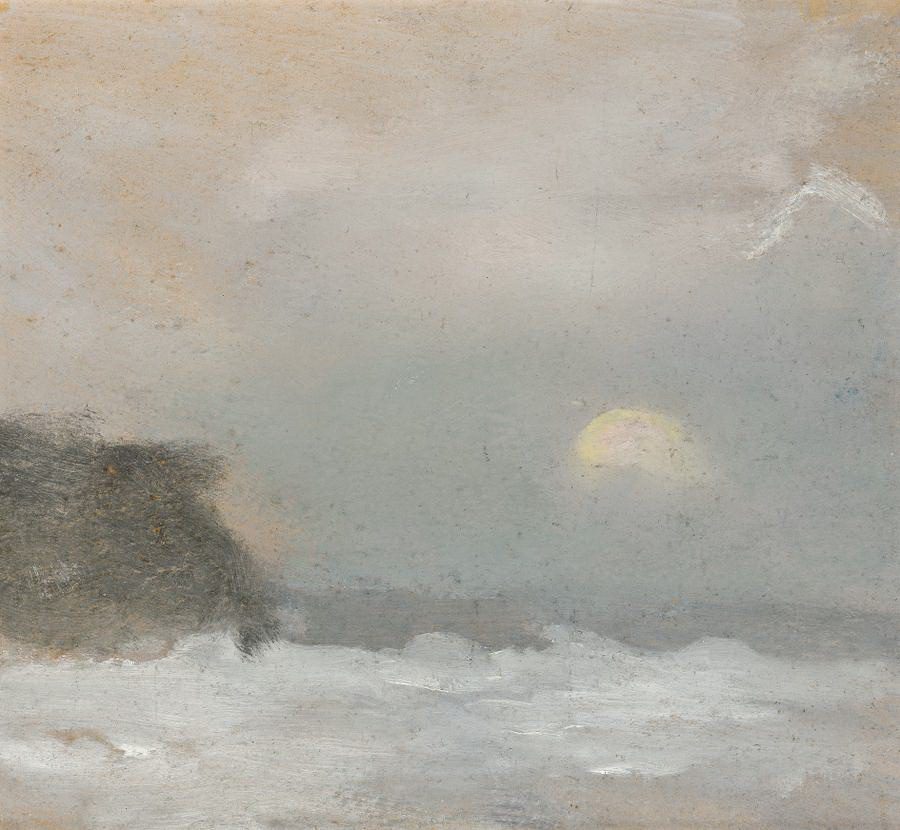 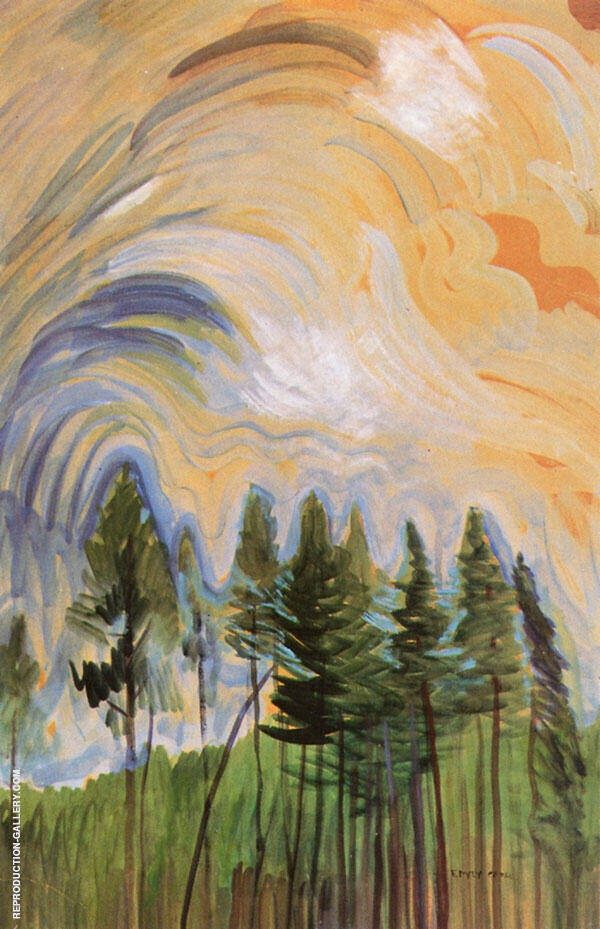 Emily Carr was a pioneering Canadian artist. Inspired by the Indigenous communities of Canada – she reflected aboriginal themes in her art.

Carr did not receive significant critical acclaim until she moved to landscapes however. Paintings such as Young Pines Sky (1935) are reflective of this shift in style.

Despite early obscurity, Emily Carr is celebrated today. Indeed, the Canadian Encyclopaedia has described her as a “Canadian icon”.

Mary Cassatt created some of the most famous paintings by women artists of all time. An American painter and printmaker, she was influenced by the impressionist movement.

This developed from Mary Cassatt’s time in France. She met Edgar Degas in France during this time, who was a phenomenal friend and influence on her art. Together they discussed light, movement and structural forms.

Mary Cassatt focused on painting women and children in private spaces. Consequently, one of her best-known paintings is Woman Bathing (1891). Not only does it depict an intimate domestic scene, but it was inspired by “Japonisme”. In other words, this was the major interest in Japan’s art and culture sweeping through France at the time. 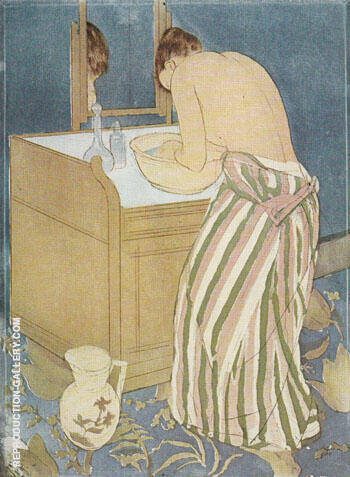 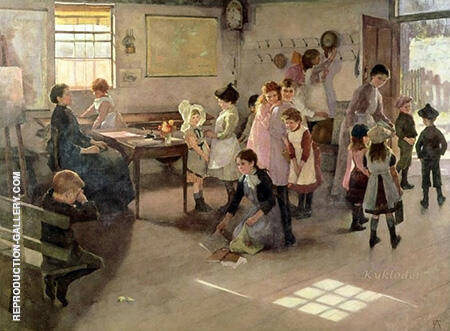 Elizabeth Forbes was a Canadian painter who spent a great deal of her career in the UK. She was a prominent member of the Newlyn School of Art, based in Cornwall.

Similarly, to Mary Cassatt, Elizabeth Forbes is well known for her depictions of women and children. Indeed, she often used her son Alec as a model!

One of her most famous paintings is School is Out (1889) which focuses on teachers and local children bustling out of the school-room door. Moreover, Elizabeth Forbes actually set up her own art school in Newlyn, as well as the Newlyn Art Gallery!

Hilma af Klint is of the most revolutionary, as well as famous women artists in history. She was a Swedish mystic as well as painter. We’ve recently delved into Hilma af Klint’s art of spiritual abstraction – but she was always an artist that followed her own rules.

One of Hilma af Klint’s best known series was the Swan Series. This includes works such as The Swan, No 3, Group IX. Their bold monochromatic design is highly symbolic whilst remaining figurative. These works depict the unities and interplay necessary in spiritual life – for instance light and dark, life and death, male and female. 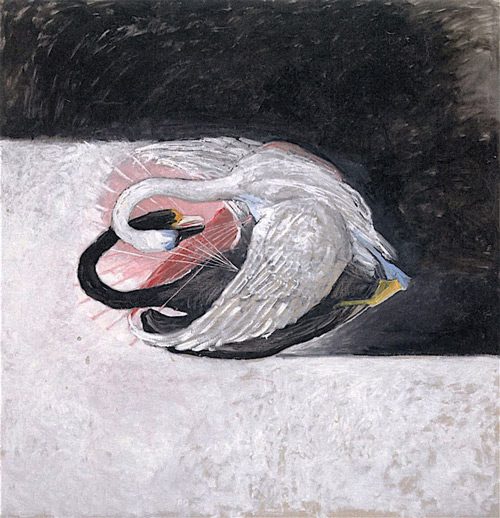 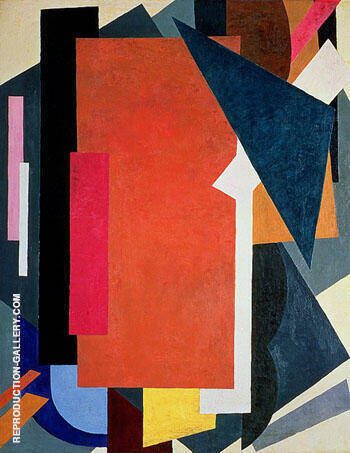 Lyubov Sergeyevna Popova was a Russian artist. A member of the suprematist and constructive art movements, she was a leading avant-garde painter. These movements focused on geometric forms and purity of art, aiming to reflect the realities of modern industrial society.

These influences are clear in Lyubov Sergeyevna Popova’s artworks such as Painterly Architectonics (1916/17). As a result, her bold colors, striking geometric forms and pioneering abstraction revolutionized painting. She believed depicting material reality was much more important than personal expression. This trend subsequently continued through later Russian art.

Clara Southern sits firmly amongst the pantheon of great Australian oil painting artists. She was a leading pioneer of Australian impressionism, linked with the Heidelberg School.

Known for her delicate “en plein air” landscapes, Clara Southern was a prolific artist. She lived in a bucolic cottage “Blythe Bank” in the small township of Warrandyte.

During her time there, Clara Southern set up an artistic community of landscape painters around her home. Her best-known and most loved paintings consequently depict Warrandyte. Just take the atmospheric landscape The Road to Warrandyte (1905) for instance – a true masterpiece. 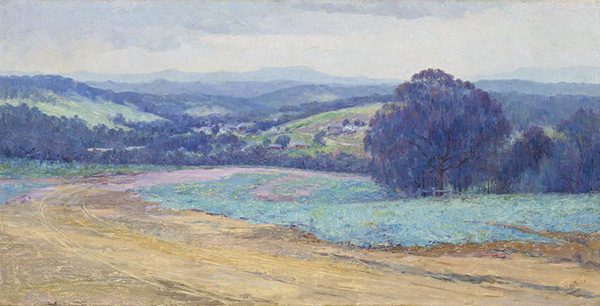 Australian Painters of the Twentieth Century