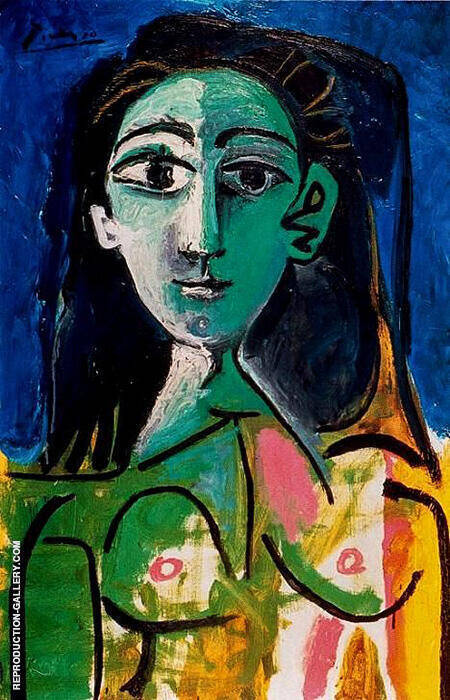 Portrait of Jacqueline 1963
By Pablo Picasso