All Artists
C
CORINTH, Lovis
Leda and The Swan 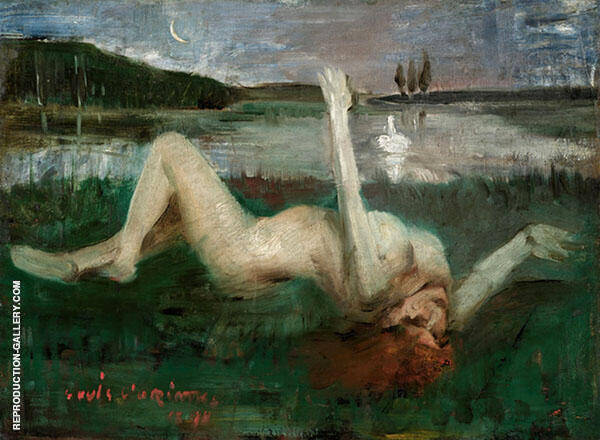 Lovis Corinth was a 19th and 20th century German artist and a member of the Berlin Secession group. Initially Corinth was not an admirer of the impressionist movement as he preferred a more naturalistic approach. However, in 1911 Corinth suffered a stroke as a result of which his painting style changed to a more impressionist technique. He studied in Munich and was an admirer of Courbet and the Barbizon artists. He became known for his bright landscapes, especially of the Bavarian lakes, where he owned a house and stayed to recover from his stroke. His work was condemned as degenerate by the Nazis, who confiscated almost 300 of his paintings. Corinth died in 1925, while on a visit to Holland to see the works of his favorite Dutch Masters.

Are you interested in Berlin Secessionist art and painters such as Lovis Corinth?

Leda and The Swan
By Lovis Corinth